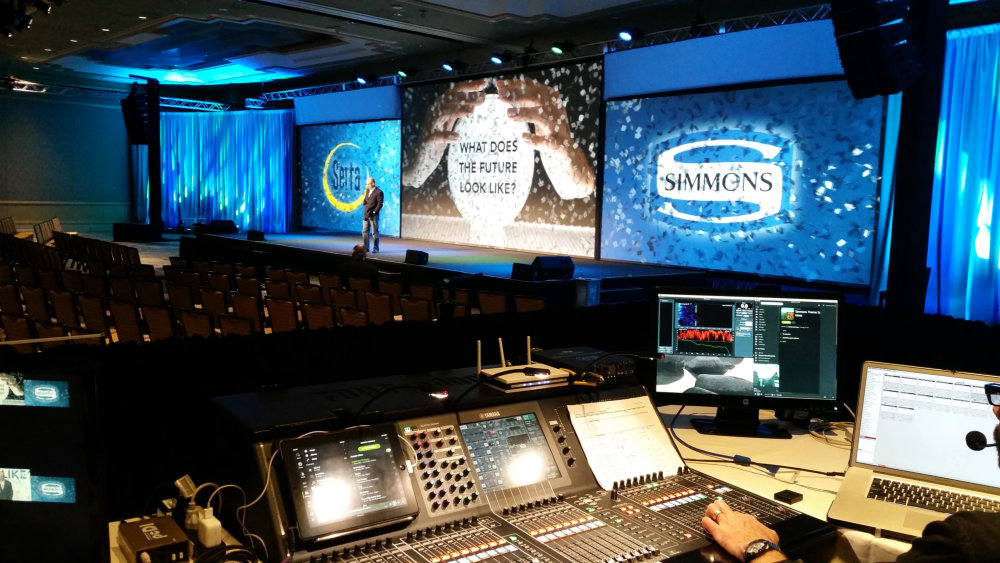 Integra was awarded the Simmons account because our hard work, create ideas and flawless execution on the Serta events. This would be a very interesting event for me. This event was to be created in Keynote, which I have not seen on 20 years.

I ordered my new MacBook Pro on Wednesday … It showed up on Friday. In just 4 hours I found everything I needed in the software and was ready to Create. 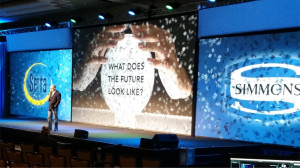 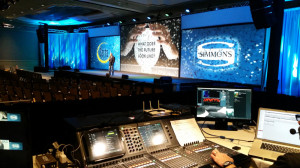 The set for this event was composed of 3, 16×9 screens set up next to each other. The outboard screen were smaller creating a stair step effect. We treated them like one wide screen, allowing images to move through any or all of the screens.

I really enjoyed working in Keynote. It is very similar to PowerPoint and very different at the same time. Each has features the other could use. 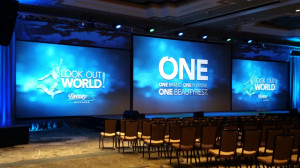 I have used Keynote several time since.  It has a true video feel to it, so, I reworked my slider video on my home screen. I also have loaded Virtual Box and Windows on my MacBook Pro. Next challenge is getting all of my computers resources under Windows.